UFCW Local 135 member Patty Figueroa, a Bakery Clerk at Albertsons in Lemon Grove said the following:
“I voted yes because I feel like I’m struggling. Every day is a lot of hard work and its barely enough money to pay bills. I don’t want to live paycheck to paycheck. These companies are making a lot of profits off our hard work and they violate our rights. They need to do better for us. ”

The seven UFCW Locals released the following statement on the strike authorization vote passage:
“California’s essential grocery workers made their voices heard with an overwhelming vote to stand together against the repeated and egregious unfair labor practices that Ralphs and Albertsons/Vons/Pavilions have engaged in.

“Through the past two years of the pandemic, it was the hard work and sacrifice of our members that helped these same companies earn billions in profits. As we continue at the bargaining table, all of our Local Unions are committed to getting a contract that reflects everything these essential grocery workers have contributed to their employers, their customers, and their communities.”

Negotiations resume March 30th with UFCW and Ralphs and Albertsons/Vons/Pavilions. No dates have been set yet for a strike.

The specific ULP charges against Ralphs and Albertsons/Vons/Pavilions include:

These unlawful practices undermine workers’ rights and ability to negotiate a fair contract and further intimidate and attempt to weaken the collective power of hard-working essential grocery workers throughout California.

On March 30 from 1pm until 5pm, UFCW Local 135 will host a PICKET SIGN MAKING EVENT with members at our Mission Valley Union Hall located at 2001 Camino Del Rio South. This event will be open to the media to shoot video of picket signs being made and to talk with union members.

UFCW Local 135 is one of seven UFCW Locals that make up the largest union grocery contract in the nation, representing over 60,000 hard-working UFCW members who work wall-to-wall at Ralphs, Albertsons, Vons, Pavilions, Stater Bros., and Gelson’s. The members represented belong to UFCW Locals 8GS, 135, 324, 770, 1167, 1428, and 1442, spanning from central California to the Mexican border. 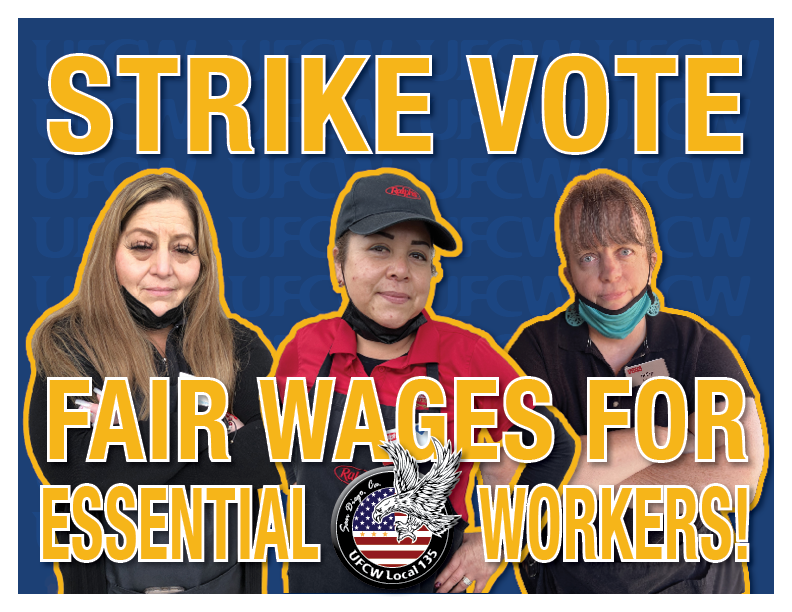 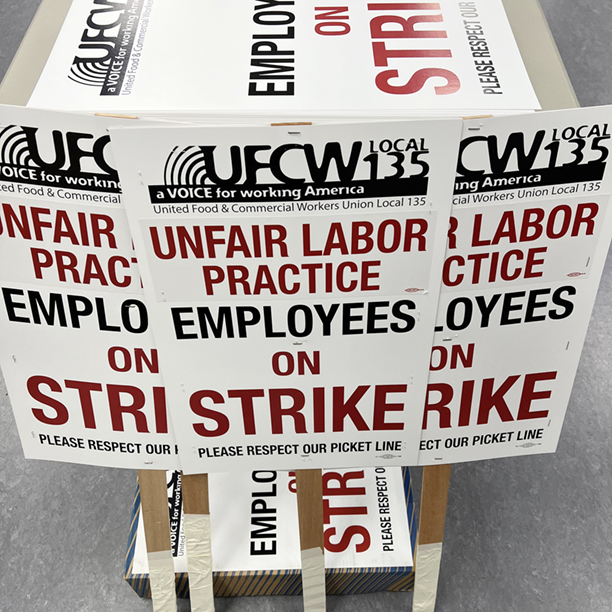