Essential Grocery Workers to Rally for Their Fair Share

Union Members are United and Ready to Negotiate New Contract

Union grocery workers at Albertsons, Gelson’s, Ralphs, Stater Bros, and Vons in San Diego County will hold a rally on Monday, February 28 at noon at Ralphs on Sports Arena Boulevard.

UFCW Local 135 union members, labor leaders, elected officials, and community organizations will rally as one on February 28 to show the companies and public at large that these workers continue to be essential and that they deserve a new union contract that reflects the service and sacrifices that they have made.

The essential union grocery and pharmacy workers at Albertsons, Gelson’s, Ralphs, Stater Bros, and Vons are united and ready to stand together to get a new contract when the current one expires on March 6.

“These essential workers served with honor and made tremendous sacrifices for our country. They kept the supply chain flowing during the pandemic, and in many cases, they paid the ultimate price,” says UFCW Local 135 President Todd Walters. “These union members went above and beyond, and they deserve to be fairly compensated for their sacrifices and the value they have brought to their companies.”

For interviews or more details on the rally, please contact the Communications Director above. 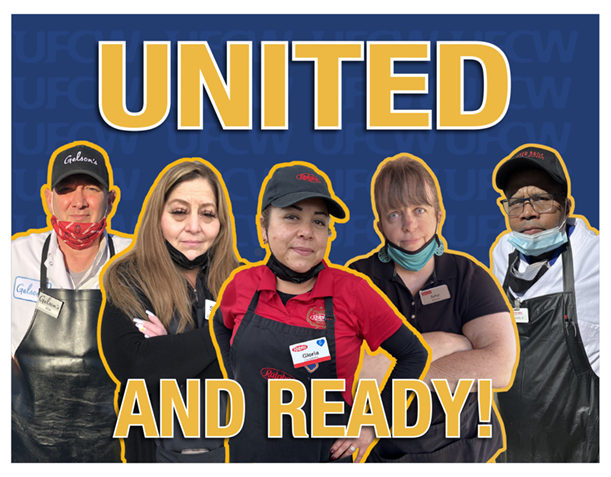