During the most recent Albertsons, Vons, and Pavilions pharmacy contract ratification vote, ballots were accidentally sent to 29 Ralphs pharmacists members. This error did not impact the vote result.

As soon as the error was discovered, the Local involved notified Election Buddy, the third party that administers our electronic voting, so that those ballots could be “spoiled.” This means that Election Buddy was able to remove any ballots cast by these 29 Ralphs pharmacists while ensuring that the vote still remains anonymous.

We have made a request to Election Buddy to provide confirmation that no Ralphs votes were included in the final vote results and to do their own compilation of the election results so that you can have confidence in the final result. It will take Election Buddy a few days to provide this analysis and we will provide it to you as soon as we have it.

Although we have a general practice of not releasing final vote results, we will provide you the full vote results in an effort to be as transparent as possible so that all Rx members can have confidence in the result:

We sincerely apologize and hope this clears up any confusion that was caused by the 29 erroneous ballots sent to Ralphs members. If you have any questions, please do not hesitate to call your union representative.

Rx Contract at Albertsons, Vons and Pavilions Has Been Ratified! 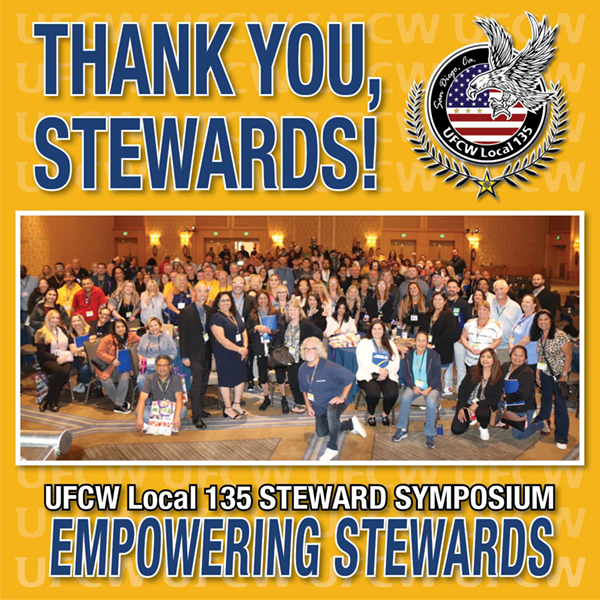 Thanks to All for a Successful Steward Symposium!