The company provided us with a wage proposal that included a .50 cent raise for most of the top rate employees in the second and third years (they already provided a .50 cent raise in the first year in 2020). Though their initial wage offer is higher than proposals in past negotiations, it is far below our proposal of $2.00 an hour. And far less than what our members deserve.

In addition, they turned down the vast majority of new contract language proposals that we offered at previous negotiation sessions by stating that they “are not interested in creating additional costs to the Company.”

Though we are far apart on many items, especially wages, we will continue to negotiate in good faith with the company to get the best possible contract under the circumstances for our members.

We expect negotiations to continue to be tough. Because of this we will need the solidarity, support, and a willingness to get involved from all of our members at Food4Less. If our members stand together and show the company their determination to fight for a better contract, it will give union negotiators more power at the bargaining table.

We need our members at F4L to get involved, attend meetings, give input, talk with co-workers, speak out to management, and engage in actions if, and when, necessary. A better contract is not won at the negotiating table, it is won by workers who understand that their strength is in their unity. Your unity provides union negotiators with the ability to negotiate from a position of power.

Negotiations continue on January 29 and February 2, 4, and 18. We will share updates to keep you all informed of how things are progressing. 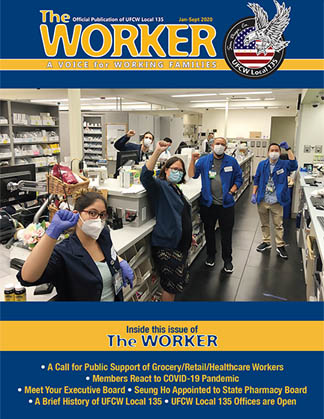 New Issue of The Worker