Congratulations to the Executive Board of UFCW Local 135 on being sworn in for a second three-year term!

After having no other candidates oppose them during the nomination process, the slate of current E-Board officers have been reelected to their positions through the end of 2024.

The elected officers of the Executive Board are:

The officers of UFCW Local 135’s Executive Board are dedicated to being good stewards of the union. Their leadership and decision making has created an organization that better serves the membership. We’ve come a long way due to the efforts of these devoted individuals and we look forward to seeing what the next three years bring.

Many thanks to Brigette Browning, Executive Secretary-Treasurer of the San Diego & Imperial Counties Labor Council, for the swearing in of the E-Board! 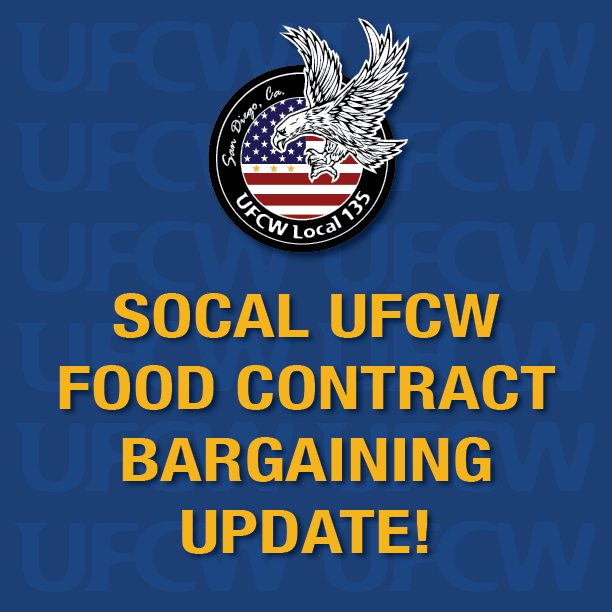