On Tuesday, November 9, the United States Senate held a hearing on the proposed merger that featured testimony from the heads of Albertsons and Kroger.

Sen. Amy Klobuchar, a Democrat from Minnesota, led the hearing Tuesday along with Sen. Mike Lee, a Republican from Utah. Both challenged the companies on their actions, including Kroger’s $1 billion in share buybacks announced last year and plans to pay dividends to shareholders as well as previous deals, such as Albertsons’ acquisition of Safeway.

For more information on the hearing, read the CNBC article HERE.

The $4,000,000,000 special dividend payment to Albertsons shareholders is currently under a temporary injunction in the state of Washington until a hearing scheduled for Friday, December 9. Results of the hearing will be shared on a Zoom meeting for Stewards at 4pm that day. Register for the meeting below.

Normally, dividends are paid out to shareholders as a way to distribute a share of profits, but the proposed $4 billion dividend is equivalent to three-quarters of its cash reserves, plus another $1.5 billion in new loans. It would leave the company depleted of assets, and $6.55 billion in debt, not counting $4.7 billion in unfunded pension liabilities.

The unions say such an outsized dividend amounts to the looting of the company by a consortium of investors led by the private equity firm Cerberus Capital Management, which together own 70% of Albertsons. And they point out that if Albertsons intended to continue operating, it wouldn’t give away all its cash.

For more information on the dividend payout and the temporary injunction, read the Northwest Labor Press article HERE.

UFCW Local 135 is hosting a Zoom meeting on Friday, December 9 at 4:00pm for grocery and drug store stewards to provide an update on the Albertsons special dividend payment and proposed merger with Kroger. Please join us if you are available.

Register for the meeting HERE. 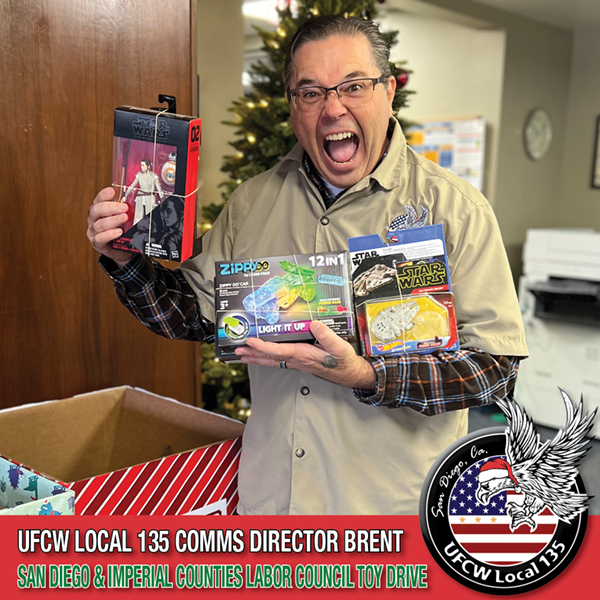